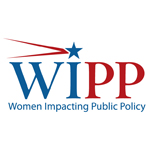 The webinar, titled “Compliance Begins Before the Win”, will outline the structure of compliance JetCo Federal has built for federal contracting, which has allowed us to diversify with confidence in a manner that decreases risk. Effective compliance begins before the win, and small size status is not an obstacle to building a culture of compliance.

The webinar is free to WIPP members and is $25 for non-members. You can register for the webinar on the WIPP website.

If you’re a diverse company, the federal government has specific programs that allow you to compete for contracts that are set aside for your diverse status. What are these programs? There is a variety, but the ones that we are highlighting in this blog post are the Women-Owned Small Business (WOSB) Federal Contracting Program; the 8(a) Business Development Program; and the HUBZone Program.

If you’ve been following the recently proposed changes in the WOSB program, you might note that Contracting Officers currently must verify the WOSB documentation during the bid process. Although recently proposed changes may alter this process, it begs the question – are other diverse programs going through this same verification process? And if not, what are the other differences between these contracting assistance programs? We take a look at these differences below.

The 8(a) Business Development Program

Though these programs are bound to have their differences, the process of awarding contracts for WOSBs is significantly different than the other two programs, as noted above. Programs such as the 8(a) Business Development or HUBZone do not have to go through the same in-depth process before being awarded a contract, and therefore, those programs are often awarded dollars that were supposed to be for WOSBs.

In fact, the oversight on these issues resulted in the U.S. Government Accountability Office conducting a report on what needs to be addressed. In this report, the GAO explains that from fiscal years 2012 through 2017, “98 percent of total dollars obligated for contracts to all women-owned small businesses in the WOSB-program-eligible industries were not awarded under the WOSB program,” (GAO, 2019, p. 27, para. 1).

It’s alarming that federal contracting dollars for women-owned small businesses are not being awarded to that diverse group. However, the proposed changes from the SBA as a result of the GAO report show that many changes will be coming to the WOSB program.